Before heading over to the sub-continent I didn’t have a great of idea of what sort of accommodation I’d be staying in. I’d seen that there were some hostels in Colombo and Bangalore, but other than that, I was in the dark. Of course, with the way these places are often portrayed to us in western countries, you can’t help but be a tiny bit worried. As it turned out, this was just a myth about India, because I came across a few of the best hostels I’ve ever stayed in. With tourism growing in India and Sri Lanka, savvy entrepreneurs are tapping into the popular backpacking scene which means a number of fantastic boutique hostels are popping up across the two countries.

I’m going to start with my favourites in India and this one was my favourite overall. Social Rehab Hostel in Bangalore. It is situated in the thriving neighbourhood of Indiranagar, hidden away above a café. Good luck finding it – there are no signs and no building number. I had to ask multiple people before someone directed me to the stairwell adjacent to the café. It’s not until you get to the hostel door, on the third floor, that there is finally a little sign to let you know you’re in the right place. Social Rehab is a home away from home in the truest sense of the phrase. It is a small hostel with a couple of dorms and a couple of private rooms. Then there is a lounge room with a big TV, a couple of comfy lounges, a guitar, books and board games. Far on the contrary to the expansive, cram factories around Europe, here it didn’t take long to feel a sense of family with every person staying in the hostel. Somebody new turning up was an exciting event and never went unnoticed. The manager at Social Rehab was an incredibly chilled and helpful dude. When he wasn’t busy with the running of the place, he was accompanying us (along with other owners and affiliates of Social Rehab) on nights out around Bangalore or for a game of laser tag down the street. On top of all this there was complimentary brekky each morning, toast or something more traditional. Many nights went deep into the early hours of the morning at Social Rehab as we sat on the balcony and chatted or played games. 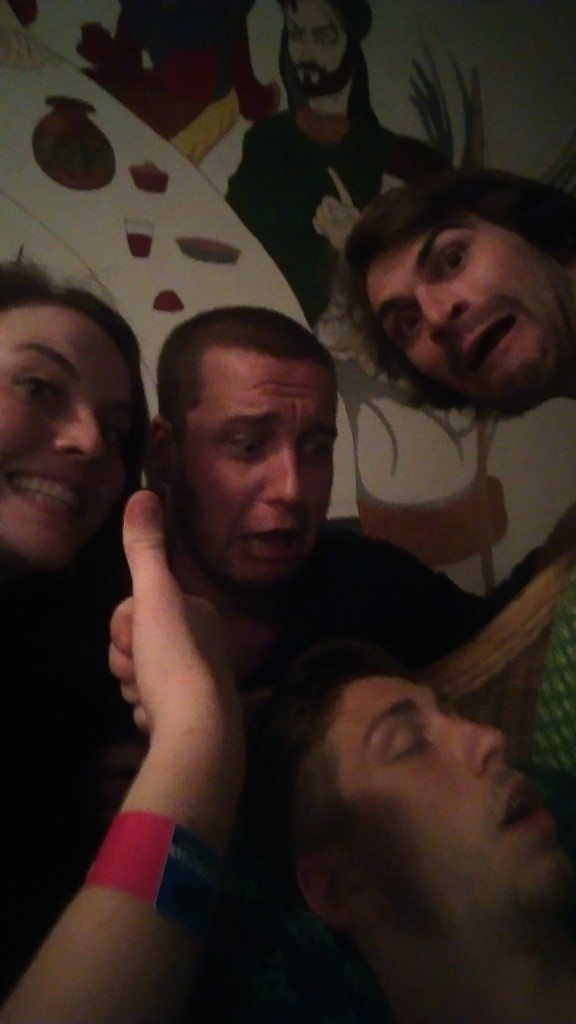 Moving on from Bangalore, I got a recommendation on a hostel in Mysore from one of my new friends at Social Rehab: Sonder Hostel. Sonder is a brand new hostel and, despite being almost empty for the two nights I stayed, I believe it will become a thriving hub for backpackers in Mysore. The owner was another top bloke who seemed determined to make Sonder one of the best equipped hostels in the world – his requests chalkboard in the entrance area is proof of that, with even the most outlandish ideas put up for consideration. Sonder is another small, cosy hostel, again with a delicious included traditional breakfast. It’s a little bit out of town, a cheap rickshaw ride takes care of that, but I instead opted to rent a high quality push bike off the hostel. Around my day of sightseeing I managed to have games of backyard cricket and darts with the owner. The lounges in the backyard made for a very relaxing area to unwind at the end of the day. I could have stayed a lot longer at Sonder, well, if Social Rehab hadn’t already taken up too much of my time!

I spent almost a week in Kandy, Sri Lanka’s ancient city in the mountains. Kandy City Hostel was one of the main reasons for this. When you arrive at KCH, make sure you aren’t tricked into going into the wrong hostel by their competitors across the road, who will do anything to convince you that theirs is the place you’re looking for. It’s a multistorey, spacious building and for a while I felt like I had a big mansion to myself, until more people started rolling in later in the day. The friendly hostel dog, Kiara, kept me company in the meantime. It was another one of those cases of being excited at the arrival of new people and I ended up meeting a diverse and great bunch of people at KCH. There’s an awesome roof top hang out area which is perfect for a few drinks late in the evening.

Friendly hostel dogs were a common theme around Sri Lanka

I also have to give an honourable mention to Backpack Lanka in Colombo. What it lacked in good facilities (including the squeakiest bunks in the history of the world) in made up for in social atmosphere and great staff. When I turned up on a Friday afternoon, frazzled by an 8 hour (at least!) train trip that day, the manager handled me with a degree of patience and kindness that is all too rare. It wasn’t much later that night that he had gathered almost everyone in the hostel for free drinks in the common area. They were generous enough to put about 5 bottles of spirits on the house before directing everybody out to a very good bar.

Other key factors that were consistent across the first 3 hostels I mentioned that made staying at them so comfortable and relaxing include comfortable beds, spacious dorms, relaxed and friendly staff and also no pressure to rush to check out early the next day (check out times were often midday, which just makes such a huge difference!). In fact, the hostels were rarely full, so there was no need to commit to a length of time – I just turned up and pretty much let the manager know when I was leaving, on the day! The lack of constraints certainly releases a lot of pressure and makes a stay more enjoyable.

If you are considering backpacking around India or Sri Lanka and are perhaps a little worried about accommodation, I hope I have alleviated any of those fears you might have had. If you do travel to any of these places, do check out the hostels I’ve mentioned – I can guarantee you won’t regret it. Tell them Tom from Sydney sent you!